With the tricky balance of the economy to deal with, the Government is trying to be mindful of the situation, create stimulus and plan for inevitable tax rises. Dale Butcher, our Head of Tax Compliance, shares an update on some of the key developments.

Will the UK’s stamp duty holiday be extended?

When the Government announced a tax break in the way of a stamp duty ‘holiday’ until 31 March 2021, the aim was to provide a much-needed boost to the economy. The tax break, which extended the nil-rate band for stamp duty to £500,000, has had the desired effect, creating a welcome boom in the UK property market. The rise in property deals has been much reported, and with many other sectors struggling, the opportunity to continue to drive growth in one area of the economy is certainly an attractive one.

Buoyed by a very positive end to the year – in which December’s residential property transactions were up 31.5% on 2019 – in recent weeks we’ve seen a number of property professionals calling for the ‘holiday’ to be extended.

The reason for the extension would be to help what is currently an extremely frantic market. Many buyers are rushing to complete transactions, but with a wealth of buyers and properties still available, the sector feels it would benefit from an extended tax break. And with some elements of property purchase, such as surveys, taking longer than usual due to the current restrictions, an extension is seen by many as a very reasonable suggestion.

Certainly, the UK property sector experienced a very volatile few months – with the first lockdown all but halting activity, followed by the lifting of restrictions which caused an extremely hectic period. A longer stamp duty holiday would help smooth the bumps over the coming months and hopefully help the sector to remain resilient as we move past the pandemic.

Historically, any changes to Capital Gains Tax (CGT) have become effective from Budget Day. This year Rishi Sunak will be setting out his Budget on 3 March, and as part of those announcements many feel that there is likely to be an overhaul of CGT.

It’s no surprise that the Government will be keen to start clawing back some of the incredible amounts it’s been forced to spend as a result of the pandemic. Tax rises are inevitable, but as we emerge from lockdown, it’s going to be interesting to see the areas in which tax increases come first. Certainly, it will be important that the Government carefully balances any increased rates, with the onus on areas and individuals which aren’t already struggling.

The latest indication, contained in a report from the Office of Tax Simplification, is that the highest CGT rate of 28% could rise to be more in line with Income Tax rates. The top rates are 40% and 45% so this would be quite a jump but making this change could raise an additional £14 billion for the Government. The annual CGT allowance, currently £12,300, could also be scrapped.

Some critics have called for the Government to delay any changes until the UK is in recovery, but Mr Sunak may want to start to take action ahead of that point. With this in mind it’s important to consider whether any transactions where large gains are involved should be carried out sooner rather than later.

With almost nine million Tax Returns still to be filed, the UK tax authorities have announced that they won’t be applying fines to anyone sending in their Tax Return late this year. Although everyone is being encouraged to file by the 31 January deadline if at all possible, those who can’t won’t be fined. The authorities hope that this will give some ‘breathing space’ to those who are struggling to complete their Tax Returns in time, given the unprecedented situation. However, interest will still be charged on any 2019-20 liabilities paid after 31 January, although online payment plans can be set up to help manage any outstanding tax bills.

If you need to discuss any aspect of your tax planning, please contact your nearest office. 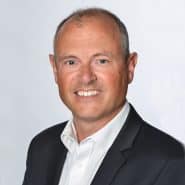