Like the Wind – a look at an inspirational running magazine

The significance of open spaces and exercise to our mental health is now a well proven concept.  Caroline Underhill our Global Marketing Director talks to the team behind Like the Wind, a unique running magazine based in the UK, share their vision for telling stories which move, motivate and inspire.

Like the Wind was born as an idea in 2014 whilst its co-founders, Simon and Julie Freeman, were running the trail around the Mont Blanc. As keen runners the magazine started as a spare-time project and now is a collaboration by a team of writers, designers, illustrators, photographers and those across the running community. It’s ethos also encompasses sustainability, with profits from the first issues donated to running charities. Today the quarterly magazines, printed on paper certified by the Forest Stewardship Council, offer a collection of running stories, which are read across the UK, with digital copies enjoyed by runners globally, and copies being shipped to readers and subscribers in 40 countries around the world. Whilst some pieces are published online, the team behind the magazine believe in the benefits of getting away from the screen once in a while, whether that is for a run or to read great writing.

Ultimately Like the Wind – or LtW – exists to tell stories about running that move, motivate and inspire people to get active, spend time in nature and explore their own potential. The premise for the journal is ‘it’s why we run, not how to run’; Simon and Julie believe strongly that inspiration is at least as important as, if not more important than, information.

The first edition of LtW set the bar high; sharing stories of a blind runner who trained by running a fixed route around a local airport completely alone, navigating by his feeling underfoot and a former marathon world record holder who took up running to try to get a date with a girl at high school. Other features included the first ever marathon in Palestine – created to tell a positive story about a place more usually associated with war – and the story of one of the UK’s most promising sprinters whose career was derailed by a car accident, which led him to set up a training group to help other athletes realise their potential.

Since that first edition, the Like the Wind team has published 26 more issues, with stories from around the world. Readers have been able to hear about marathons taking place inside US prisons, brands that are dedicated to reducing the impact of running on the environment and youngsters whose abilities on the track have given them the chance of an education that will change their future prospects beyond anything they could have expected. Simon and Julie working on a LtW magazine issue

Other highlights have been the story of a grandmother who competed in a multi-day race in the Arctic Circle, beating the second place competitor (a man) by a full 24 hours and a runner who entered a race only to discover on the day that it was in a nudist colony.

The thread that connects all the stories in Like the Wind is their ability to inspire people to run. It is widely acknowledged that physical activity, connection with the outdoors and a focus on goals is hugely beneficial for physical and mental health. And running is one of the simplest ways to tap into all the benefits of exercise. Running is open to pretty much anyone; no matter someone’s current level of fitness, they can start and see improvements almost immediately. For those who already run, there is no point where it can be ‘completed’ – it is always possible to explore somewhere new, run faster or cover more distance. Running also has very low barriers to entry – a decent pair of shoes, some basic kit and you’re ready to go. A snapshot from LtW magazine #25

Perhaps the biggest challenge people face is finding the motivation to get out of the door. And that is where LtW plays a part. By reading the stories of other runners and being immersed in running culture, it is possible for each person to find their ‘why’, which is often the biggest part of the battle. From then on, it’s simply all about the run. 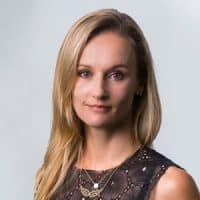