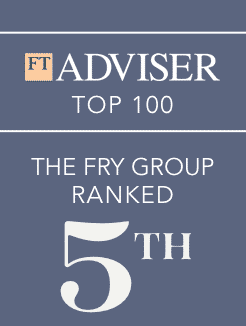 Many of us turn to our gardens and parks in the summer months, and given the recent restrictions which confined us to our homes, the appeal of beautiful open spaces is more important than ever.

The global pandemic has also refocused us all on the importance of initiatives which support ethical and sustainable diversity. With this is mind, Kew Gardens offers the perfect balance of heritage, stunning vistas and important scientific research.

Tucked on the outskirts of London, UNESCO world heritage site Kew Gardens offers something truly unique – 326 acres of gardens and stunning glasshouses which are home to over 50,000 plant species and a world-famous scientific organisation.

Although the estate was originally created in 1752 when the gardens at Kew and Richmond were combined, the origins of the botanic gardens we know today date back to 1759 when King George III’s mother, Princess Augusta, established a nine-acre garden for exotic plants within the pleasure grounds. Within 10 years the gardens were home to over 3,400 species of flora, collected from across the nation, although plants also came from further afield with global explorations, including Captain Cook’s voyages, prompting new botanic discoveries.

Joseph Banks, who sailed with Cook, is instrumental in Kew’s development as a famous institution. Banks dispatched botanical collectors across the globe to gather rare, unusual, or simply interesting specimens. Kew became a depository of the world’s plant species, one of the foremost botanical gardens in the world during the golden age of plant hunting. The gardens were donated to the state in 1840 and the following year Sir William Jackson Hooker was appointed as the first official director. Tasked with revitalising the gardens, by the time of his death in 1865, Hooker had overseen the construction of some of Kew’s most iconic structures, such as the Palm House and the Temperate House – both designed by renowned architect Decimus Burton – and had established the new Arboretum, and the Herbarium and Library collections. Kew now welcomes millions of people every year, who enjoy its formal gardens, themed areas, open vistas and more than 40 buildings of historic significance.

As well as offering extensive open spaces and living plant collections for the public to enjoy, Kew is internationally respected for its scientific expertise in plant and fungal diversity, conservation and sustainable development. Over 350 scientists are supported in their work, researching a range of topics from investigations into new species to the loss of biodiversity on a global scale. Research projects and programmes are varied and global in nature, with partnerships in place in over 100 other countries. Kew’s research looks for answers to the some of the globe’s biggest questions on food security, biodiversity loss as well as pests and diseases.

Kew now offers one of the most extensive and important botanical gardens in the world. As with most visitor attractions, Kew has been forced to close as a result of the global pandemic but online tours are available for those wanting to escape to Virtual Kew.