The political cyclone of Brexit reaches another supposedly climactic point this Tuesday. At 7pm GMT, the House of Commons is due to vote on the EU Withdrawal Agreement, and Political Declaration agreed by the EU and UK Prime Minister May in November. The omens do not look good for her; there is even some doubt among some political analysts that the vote will happen.

Politics is usually defined as a competition of interests. The challenge with Brexit is the extreme difficulty for anyone to specify just what ‘interests’ each side is trying to express. Many of the politicians at the heart of the debate appear to have no particular objectives and appear to be just posturing. The Brexit process has seen an almost total failure of the UK democratic process to negotiate a compromise. Brexit has become a modern ideology it seems with ultra-fervent adherents capable of presenting self-harm as a virtual badge of honour. No wonder that taking a view on sterling in the wake of the crazy politics is seen to be an ‘impossible to trade’ at the moment.

For context, we would make the following judgements of where we stand:

•    Mrs May’s future as Prime Minister is now inextricably linked with the coming vote; a heavy defeat (100 or more margin against) would almost certainly put her under pressure to resign.

•    Parliament is increasingly taking control of the Brexit process – an almost unprecedented event in UK politics. We are still less likely to see a change of government than a change of leader.

•    If Parliament finds no solution, the default legislative position is that the UK will leave the EU on March 29.  Undoing that path will require the UK to enact a new law.

•    The fundamental tenet of the political crisis hasn’t changed – Parliament cannot build a majority view around any agreed set of arrangements for future EU relations.

•    There is a sense that momentum is taking us toward one very stark choice – No Deal or No Brexit.

•    The EU is very unlikely to unpick the Withdrawal Agreement which contains the primary point of contention, the Irish backstop.

It is particularly difficult to put some analytical framework around such a multi-dimensional chess game.  There are three dimensions – the actors in the drama, the choice of alternative proposed solutions, and the timing or sequencing of options presented to Parliament.

It might be useful to look at the financial implications of some combinations of points along these three dimensions using sterling’s direction as the key metric for the possible performance of UK assets in the near term. Bear in mind that the level of sterling already carries a substantial risk premium, so it is far more susceptible to respond to ‘good’ rather than  ‘bad’ news.

At the minimum, a good scenario for sterling would involve some combination of the Tory government remaining in power, preferably with Mrs May as its leader, in conjunction with an extension to the Article 50 beyond the current deadline of March 29. Such a scenario if combined with (in ascending order of potency) a re-hashing of the current proposals, some form of Norway plus arrangement, or a vote for a second referendum including Remain as an option. We could see a rally in sterling becoming super-charged. However, at present, it is difficult to see Mrs May leading the move to a new referendum.  These are strange times in UK politics.

A worst-case scenario would see the loss of Prime Minister May or even the Tory government with Jeremy Corbyn leading a minority government. Such a situation might see sterling go into free fall.

The middle ground is where the EU is forced to respond to a real threat of a no deal. To date, the EU has refused to countenance an extension in the negotiation deadline or the possibility of the UK crashing out. Desperate though the situation is, we believe all sides would have to respond to the avoidance of a No Deal. A new UK government that suspends Brexit would probably leave sterling with some upside, but it is unlikely to last very long.

We are not sure that Brexit issues or even a raft of weak eurozone data of late will keep the ECB from turning off its QE expansion in coming months. This week the ECB is expected to downgrade both growth and inflation forecasts but still leave the path of monetary policy unchanged. It would be a significant shift of policy if they acquiesced to the recent weakness of the Eurozone economy and decided to extend quantitative easing. To be fair the ECB has been entirely consistent in its messaging, QE has had its day, and it’s up to the politicians to deliver on reform. We can all have our dreams. 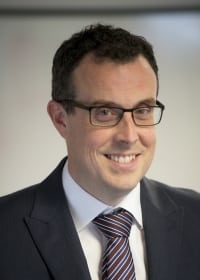 We continue to encourage investors to ensure their financial planning investment strategy is aligned with the risk they can tolerate. Please get in touch with your financial planner should you want to discuss further.

This entry was posted on Monday, 10th December 2018 at 11:46 am and is filed under News. You can follow any responses to this entry through the RSS 2.0 feed.